The typical Workology Co client looks a little like this…

The typical Workology Co client looks a little like this…

Six out of seven members of a particular team in your organisation have just permanently exited the building.

Ostensibly, they are telling you it is something to do with not being happy about your insistence that they return to the office full-time.

You have heard some rumours that this might not be the whole truth, and nothing but the truth.

And when you stop and think about it, you remember the complaints that were made a couple of months ago about ‘Gill’, prior to ‘Gill’ being appointed as the new manager of that department.

Diligently you conduct exit interviews with those exiting employees, seeking to uncover the whole truth about their resignations.

Clearly reluctant to ensure they don’t burn any proverbial bridges; you are consistently told by the Departees that the only reason they are leaving is due to their unhappiness with the organisation’s decision not to consider hybrid working arrangements.

Does any of this sound familiar?

Maybe you will be more familiar with a scenario where you have examined the data, only to have confirmed what you suspected to be the case – grievances / complaints are way higher than they were this time last year.

Given you were dealing with lockdown then, as you are now, then this time you can’t conveniently blame COVID alone for the blimp.

Which means there is something else behind those higher grievance numbers.

Now what do these two scenarios have in common, I hear you ask (in your head, unless you are one of those people who reads out loud)?

The answer is: both are clear signs you have a deep-rooted problem with your culture.

Which in turn means you need to call Workology Co, stat. 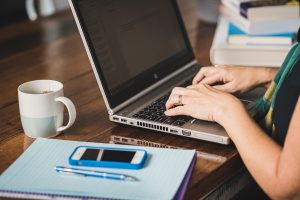 The natural result of years spent in the dark side? Or some other strange force of nature…

Why? Well, it may have something to do with my background of over 20 years spent in the reactive space of employee relations law and HR, including having spent the better part of 2 years solely conducting bullying investigations. Playing in the ‘dark side’ as it were. I understand better than most the challenges of reacting to unsafe levels of inappropriate behaviour, dysfunction, and general toxicity.

The type of scenarios outlined above inevitably mean the shiz is about to hit the fan (if it hasn’t already), and most Executives know when that happens, they need to act NOW.

Instead of calling Ghost Busters (because these problems are all too real), the Executive / HR call me.

These savvy leaders understand that whilst the symptoms of the problem might be increased staff turnover/grievances/mistakes/disengagement (to name a few); the problem is much deeper.

And they understand that in order to uncover the WHAT and WHY of the root problem, they need to bring in an external consultant to conduct a Cultural Health Check (CHC).

Enter yours truly, stage left. (Throw back to my childhood dream of becoming an actress).

How does a CHC work in practice?

A few cautions before we leave

It would be entirely remiss of me to finish this blog without alerting you to a few additional points.

Instead of being the person who waited until the shiz hit the fan, and you are sitting counting the cost of recruiting to replace those six ex-employees* – how about you be the clever, proactive leader?

*Estimated cost of recruitment for each departed employee is a minimum 33% of their annual salary, with some estimates as high as 6-9 months of their average annual salary. Yeah, that’s significant. Now how bout you book in that discovery call huh?