In news that will surprise absolutely no one who is a regular follower of my (socials) work, I’m a passionate and lifelong Carlton Football Club fan/member.

It’s been a tough decade or more supporting the Old Dark Navy Blues: personally, I experienced the darkest night of my Carlton soul in August 2021 where, after I watched possibly the worst ever on field performance by the highly paid young men, I seriously considered cutting up my membership card.

Which, naturally, I shared on the socials. You can check it out here. 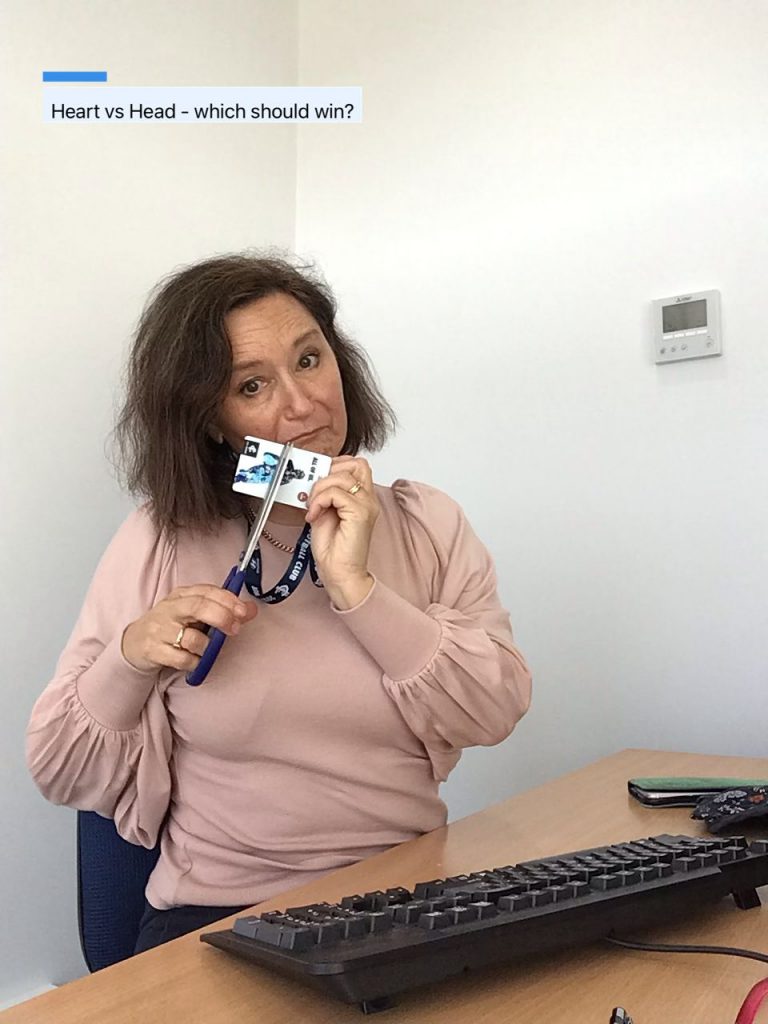 Spoiler alert: I didn’t, nor did I stop the automatic renewal of my membership for 2022. Which is turning out to be a pretty darn good decision right about now (first time our win loss ratio has been 3:zip since BC. Before Children that is).

Now the point of this blog is not to shout about that win:loss ratio (although yeah, I kinda just did), but to talk about one of the reasons why I believe Carlton have finally turned the table and are starting to win consistently.

Oh and how that reason just happens to be something this workplace culture nerd is often heard to be banging on about. #winning

Many times last year, I lamented to anyone who would listen the fact that despite the team being full of talent in the form of several number#1 draft picks and more than one highly paid trade (cough Mitch McGovern, Daisy Thomas), how was it possible they couldn’t win more than 8 out of 23 games in a season? And some of the losses (like the one to North Melbourne that led to me wanting to cut up my membership) were truly abominable.

Being the workplace culture nerd I am, and having studied the reasons for the rise of Richmond Footy club from a similar position 10 or so years ago to three premierships in 4 years (I blogged about it here Why the RFC is a workplace culture nerd’s dream & nightmare); I figured that there had to be more than a few things wrong with the culture of the club that were contributing to a team of so called stars not performing.

Which is why I was thrilled when the newly appointed Senior Coach, Michael Voss,  shared shortly after taking up his new role in September 2021, that his six key pillars of coaching included ‘connection and care’.

“When we talk about connection and care, it’s about being able to take a deeper dive and get to know people — what makes them tick, how it motivates them, the things that are holding them back.” (Michael Voss)

Sure he is talking about his care for his players, but the statement could easily be true for how the players need to demonstrate care for each other. And team connection became the named focus for a preseason team camp in December 2021.

Every time I hear the players talk after a win, that word keeps coming up in the reasons why they think they are winning. They are connected to each other, they care about each other – and the difference it makes to their performance is clear. Exhibit A – that 3:0 ratio for the first time in waaaay too long.

Again, I’m very sure there is no need to issue a spoiler alert when I say that this emphasis on connection is giving me all the (workplace culture nerd) tingles!

Connection is absolutely a crucial ingredient for organisational success. Connection of leaders with their teams, members of the executive with the organisation as a whole, and between individuals.

Over the last two years during lockdowns and enforced remote working, in some ways it has been easier to build connections.

I would hazard a (reasonably educated) guess that even your somewhat shyer team members have felt a little more comfortable engaging with their coworkers from behind the comfort of a screen. After all, I can type my question or answer into the chat box if I really don’t want to speak up; I can even mute myself or turn the camera off, if I really need to hide for a time.

As organisations now slowly transition back into the office / work space, things are going to feel awkward for a while. Hopefully not as awkward as in this video…

There will be people who have joined the organisation who you have never met in person before, although you probably saw them at the end of a camera.

Those water cooler conversations that were standard before, are likely to be stilted or feel almost naughty to begin with.

“Whether you’re excited or anxious about reentry, you can expect being around other people to require a lot of energy that you probably haven’t had to expend in a while.

We may even feel like different people than we were in February 2020. At the very least, we’ve probably grown more distant from each other and less accustomed to each other’s rhythms.  (Harvard Business Review)”

Another complication is undoubtedly the hybrid working environment. Prime example: team meetings where some team members can physically congregate in the same room for the meeting, but others will be zooming in. Dedicated efforts need to be made so that the remote workers don’t feel left out.

How do you rebuild that sense of connection?

Some suggestions to rebuild team connection as we transition back to the office are illustrated in the slides below. Swipe down to see all slides. Oh and yes, I’m aware of this departure from my Inforgraphic Queen status. But it’s good to try out new things, am I right?!?

If you need any help with building connections within your teams, then reach out and let’s chat.

If you’re a fellow blue bagger, then I look forward to shouting “Rat Da Dat Da Dah” at a game with you soon.

Oh and btw yes, I get it. There’s only been 3 rounds, there needs to be some lids put on the excitement of peeps like myself, and my fellow 72000 members. But this article from esteemed Age journalist Jake Niall might help non-Carlton fans understand why bluebaggers like me are so bloomin ‘excited.