Nick Kyrgios, the power of purpose, and why it is important to your team

Nick Kyrgios, the power of purpose, and why it is important to your team

It is January in Melbourne and that inevitably means three things.

Weather that fluctuates from days you need the heater on to living-in-a-furnace days over 40 degrees; traffic so light it feels like a completely different city; and of course, the ATP Australian Open.

And it was whilst I watched Nick Kyrgios playing his second round match of the 2018 Open that the idea for this first blog of the year came to me.

In control with a dominant display of ferocious serving and power shots, Kyrgios was in the box seat to win during the later stages of the third set. When suddenly his opponent came into some luck, and the game started to turn.

For a few minutes it looked like the history of last year’s open was about to repeat itself. Kyrgios would lose his cool – and eventually the match.

This year however there was a different ending, as a seemingly more mature player steadied and won out in the third set tie break.

Listening to the commentators after the game, the over-riding theme was that this maturity was due to a changed mental attitude, itself a result of Nick having “found his purpose”.

Kyrgios said as much himself on the 9th October 2017:

“You hear people talk about being motivated for their kids, or a cause, or something more than just themselves. It’s inspiration, pure and simple, and it gives them focus when times are tough. There’s a reason underpinning everything. It’s a higher purpose than just collecting a pay cheque”.

For the first time, I feel like there is a reason for me to be doing what I’m doing. Tennis is a great life – we’re well paid and the perks are pretty good – but it can feel empty if you’re just doing it for the money.” Nick Kyrgios  Players Voice

The purpose Kyrgios refers to is the NK foundation, a charity “striving to increase access to and provide sport to underprivileged and disadvantaged youth”.

Of course it is not just high profile tennis players who are searching for inspiration from their work – and the companies they work for.

Employers who understand this will have a workforce that is more engaged. Particularly it seems for Millennials, who as Gallup said in its December 2017 report How Millennials Want to Work and Live

Oracle research released in 2016 found that ‘values’ were one of the top seven drivers of employee engagement.

The report notes that “now, more than ever, people want to work for organisations that have a culture, values and beliefs that align with their own” and that values included the social or charitable causes the organisation supports.

Let’s look at a local example

Crown Money Management is one Australian SME that wholeheartedly supports causes, making regular donations to charities including Bravehearts, the Starlight Foundation and the RSPCA.

During a chat with CEO Scott Parry, he happily proclaimed that he is “happiest when I am giving”.

After 12 years of building his business from the ground up into one which is  “financially comfortable” and employs approximately 40 staff across offices in 5 states, Scott realised that he was facing burn out and started to look for a way to avoid the rut.

“I started doing more volunteering and was getting a massive charge out of it, and I thought ‘how can I tie this into my business, so that every time I get paid, they [those in need] get paid.”

Scott’s solution was to take the trial commission* banks pay to Crown every month, and donate those funds to selected orphans in countries such as Cambodia and Nicaragua.

Every new client who comes on board can choose the child whom they would like to sponsor, and once arrangements have been made, can communicate directly with their sponsor child.

Each week at team meetings, biographies are handed out of any children that are newly sponsored, and the team hold regular fund raising activities to contribute additional funds to the Financial Freedom Foundation which Scott founded in 2016 again utilising the trial commissions. 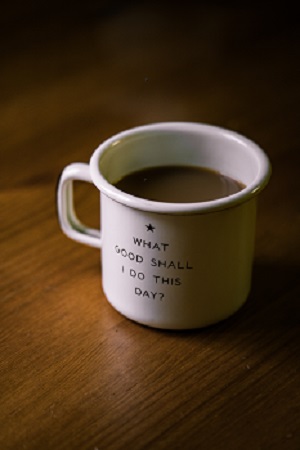 As the website declares, the foundation mission is to:-

…support and pay for 1000 orphans per year to attend school and receive an education.

This is just one example of a medium sized Aussie business doing what Deloitte’s 2011 Volunteer IMPACT survey  describe as “leveraging the power of giving, volunteering and philanthropy to build and strengthen your culture”.

As noted in our blog post about i2C, we discovered their team leverage the power of volunteering through access to between 1 – 3 days of paid volunteer leave per year.

If you would like to brainstorm ideas for ways you can help position your workplace as an organisation people are proud to work for, drop me a line at alison@workologyco.com.au

Back to where we began…

And as for Nick Kyrgios**, since I first started writing this blog, he has progressed to the next round of the open by defeating his “boyhood idol” Jo Wilfried-Tsonga  in a hard fought match.  So mature was Kyrgios’ approach (for most of the game), that I can’t help but wonder if his new found purpose will the key to turning his precocious talent into grand slam success.

But as Kyrgios himself noted,

“I guess time will tell (just don’t hold it against me the next time there’s a blow up!).”

*A trial commission is the fee banks pay to Crown for the monthly servicing of any loan Crown manage on the bank’s behalf.

** BTW the jury is still out for me on Nick Kyrgios, the player and the man. But I can’t help but be fascinated by his reflections on the importance of having found his purpose. And I will be watching this space with interest to see what transpires next. Plus – whatever else, his brand of tennis is ‘entertaining’ to watch.